The Ultimate Beginners Guide to Marijuana Dispensaries: A Blog Outlining Everything You Need to Know About Cannabis Dispensaries

Suppose you want to buy cannabis, whether for medicinal or recreational use, you can do so from a licensed dispensary in a state where marijuana use is legal. Currently, 28 states and Washington, D.C. allow medical marijuana dispensaries to operate, with eight states and Washington, D.C. allowing recreational marijuana dispensaries to operate. In this article, I list everything you need to know about cannabis dispensary. Let's Go!!!

In comparison to Amsterdam, it took more than a decade for Americans to accept the concept of opening marijuana dispensaries. They are usually located within a retail store or an office building and are governed by the local government. Marijuana and marijuana-related products can be purchased for medicinal or recreational purposes.

San Francisco Cannabis Buyers Club was the first dispensary in the United States, opening in 1992. Washington has been the second state to create a legislative system for marijuana dispensaries to expand patient access to cannabis.

Americans spent more than $5 billion on recreational marijuana in 2015, and the increase is expected to continue. Marijuana dispensaries are becoming increasingly common, and new dispensaries are springing up all over the nation.

Dispensaries for medical and recreational use

A patient is given marijuana medicine as per the doctor's prescription in a traditional medical dispensary. Despite federal legislation, Washington, California, Nevada, Illinois, New Jersey, New York, Rhode Island, Connecticut, Massachusetts, Oregon, and Minnesota, among others, have limited these dispensaries. Recreational clinics can be found in several of these states that have legalized marijuana for recreational use.

Dispensaries are permitted to cultivate their weed because they are communal gardens. Dispensaries for medical and recreational use are handled differently in the United States. As a result, prices would naturally differ between the two.

Before going to a medical dispensary, here are several helpful hints;

• Keep detailed records of your illness and requirements.

• You'll need a doctor's diagnosis, as well as a medicinal cannabis license and any other paperwork that your state needs.

• Patients must be over the age of 18, with certain exceptions for children with crippling conditions.

• You will be required to register with the dispensary for administrative and legal reasons.

• A medical dispensary typically has a waiting area and a partition between patients and budtenders to provide protection.

• Medicinal dispensaries keep records of the majority of sales for follow-up and future reference.

• You might be able to inspect and smell the buds before purchasing them at some medicinal dispensaries.

Before going to a recreational dispensary, here are few pointers to keep in mind;

• To purchase marijuana from a recreational pharmacy, you must be at least 21 years old.

• You must display a legitimate ID Card.

• Many recreational dispensaries have menus available on their websites or in person. Flowers, concentrates, edibles, topical, and other categories are used to categorize the menus.

In general, medical patients are exempt from paying fees, while recreational consumers are not. Budtenders work in dispensaries to provide necessary information about marijuana and other items and guide customers toward the best purchase for their condition, needs, and budget.

What items are available at a dispensary?

A traditional marijuana dispensary would undoubtedly have a variety of buds and flowers on display. Customers may be able to smell the items but not touch them. Flowers ranging from Sativa to hybrids of all kinds can be expected. Clients are usually informed about the percentages of THC, cannabinoids, and terpenoids in dispensaries and whether the drugs are mold-free.

Other concentrated items, such as kief, hash oils, or edibles ranging from granola to cookies, are likely to be available. Gums and lozenges are two of the most common edibles, and marijuana-infused carbonated drinks also gain popularity. Non-smokers are catered to in some pharmacies, which sell a variety of tonics and salve. Dispensaries often sell marijuana-related products such as vape pens, glass, and dabbing utensils, among other things.

As marijuana legalization spreads throughout the world, producers and cultivators attempt to break new ground by offering innovative goods to entice interested buyers. Some dispensaries may go above and beyond by recommending products that aren't widely available.

Topical cannabis in lotions and balms is now widely available to relieve pain and inflammation in muscles and joints. It has been shown to increase skin elasticity and reduce the severity of some skin conditions.

Patches, such as Mary's Medicinal, are also available for purchase. These patches, unlike lotions and balms, contain carrier agents that cause the user to feel euphoric. They usually last about 12 hours.

Marijuana has also made an appearance in the bedroom. THC-infused lubricants have been created, and female users will experience heightened sensations 15 minutes after application.

You will get high discreetly by chewing on Kush Creams' cannabis-infused toothpicks. After around 20 minutes, the impact is noticeable.

On the other hand, Fairwinds Manufacturing proposes coffee pods that brew a single serving of cannabis coffee at a time. They come in single doses or six packs and are compatible with almost all Keurig coffee machines.

Ensure that the products are pure

Even if dispensaries conduct tests to determine THC, CBD, and terpene levels, it is best to select your dispensary before purchasing carefully. Following the recall of some marijuana concentrates due to pesticides, many dispensaries and manufacturers take matters into their own hands to ensure that the products derived are pesticide-free. Several dispensaries turn to clean cultivations and do their lab testing to ensure that the goods on their shelves are secure.

Where can I find marijuana dispensaries?

Since marijuana dispensaries spring up on every corner, it's only logical that locating services will spring up. Weedadvisor, Leafbuyer, Weedmaps, Merry Jane, Leafly, and The MJ Directory are only a few of the many locating resources available today. Leafly, for example, maintains a monthly list of the busiest dispensaries in the United States, showcasing the best in terms of service, product quality, customer experience, and environment. Several area independent newspapers also have a locating service or maps.

Since the dispensary varies, consider dispensary hopping before you find one where you feel most at ease. To learn more about this, kindly check our page. 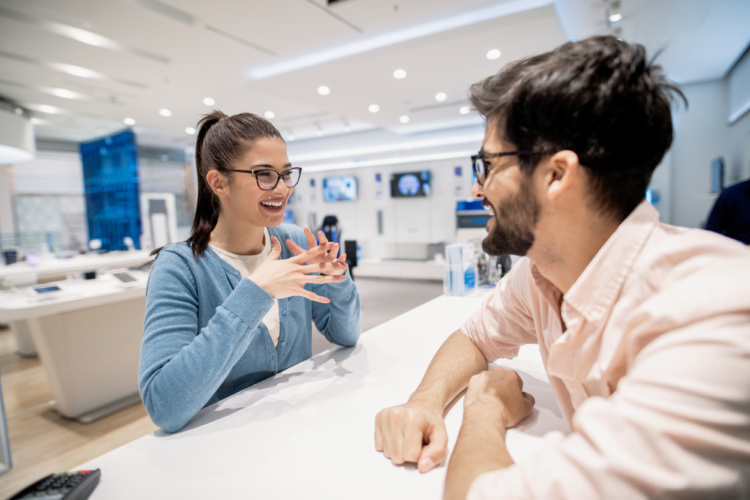 CUSTOMER SERVICE FOR ONLINE CANNABIS RETAILERS
The Cost of starting a Legal Retail Marijuana Business
HOW TO TRAFFIC NEW CUSTOMERS TO YOUR LOCATION
DELI STYLE VS PACKAGE STYLE
SET UP YOUR CANNABIS RETAIL LOCATION IN 2 DAYS WITH SERVICEGANJA
BE A CANNABIS ENTREPRENEUR WITH SERVICEGANJA
Why ServiceGanja?
TOP 10 PRO TIPS FOR OPERATING A SUCCESSFUL CANNABIS DISPENSARY: A BLOG ABOUT THE NITTY-GRITTY OF RUNNING A CANNABIS DISPENSARY
Mississippi Cannabis Medical Legalization 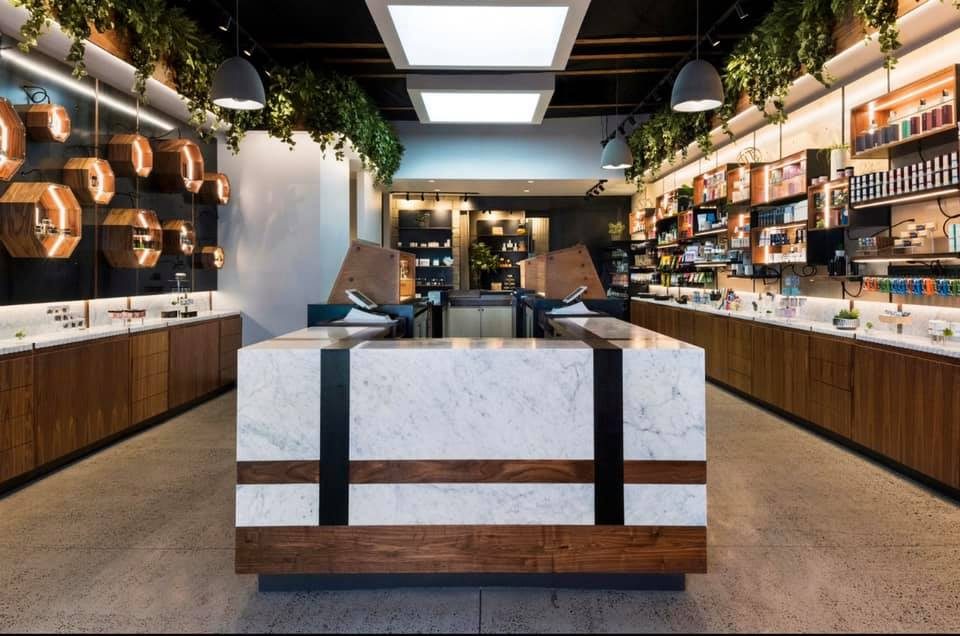 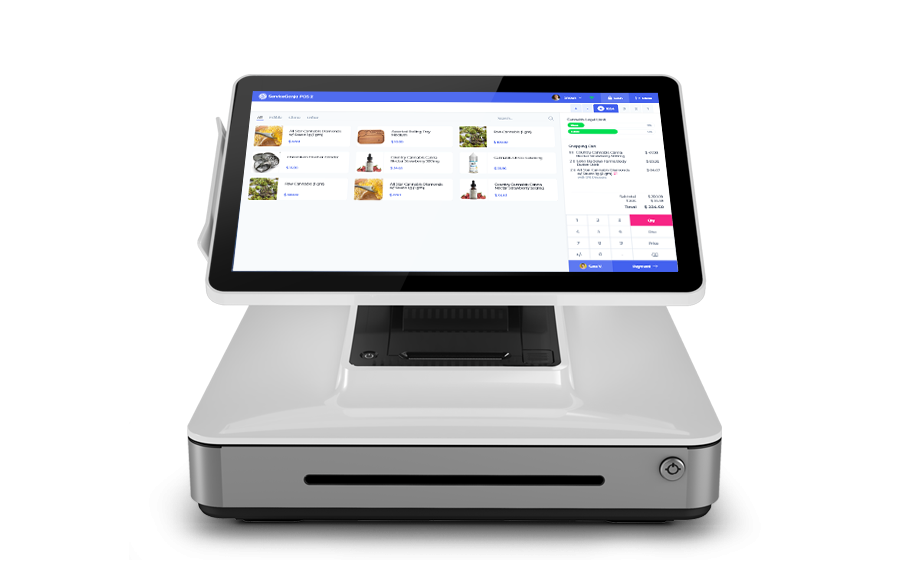 EVERYTHING YOU NEED TO KNOW: GUIDANCE ON CANNABIS RETAIL SOFTWARE FOR DISPENSARIES 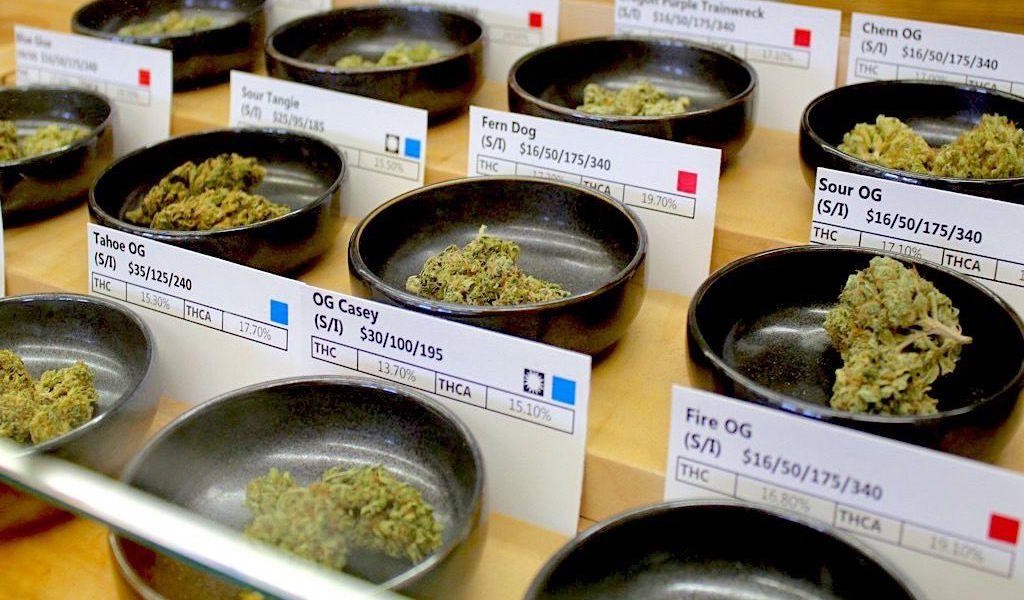